The first rule of good marketing is to make sure you have a great product. For many authors, this immediately plunges them into the morass of trying to decide what to write about next. For many, that leads to a dangerous option: writing to the trends. And there are really few worse decisions you can make than choosing your next book topic based on what’s selling well right now.

Why? Well, if you’re going after a traditional publishing deal, in which you’ll first have to write the manuscript, then find an agent or try to pitch through the slush pile, then if you do get picked up, you’ll have a two-to-six-month wait to hear back on whether they’re interested or not, then another 1-2 years while the book’s in production, it’s pretty plain to see that you’ll be well behind the curve by the time your book finally comes out. And with today’s compressed attention spans, it’s highly likely that the “hot market” you began writing to several years ago has long since cooled off as readers move on to the Next Big Thing.

Is it possible that your particular topic may sustain a longer stage of fan infatuation? Sure, absolutely. But unless you’re a medium with accurate feelers into the future, it’s not something you want to stake your literary future on. The only time that might be a good idea is if you’re an expert in that topic and your book will be a useful addition or scathing rebuttal to a bestseller that’s already out there. And frankly, it’s rare that either of those scenarios will be handled properly by a beginner. It’s possible, but the odds aren’t in your favor.

The best tack to take when considering your next book is simply to write about what moves you. Ask yourself: What do I really feel passionate about? What really blows my hair back? And what do I know enough about to be able to add something of value to the conversation on that topic?

You need to be honest with yourself here, because you’re going to have to sustain that interest and dedication over the extended time it takes to research and write your book, whether it’s a nonfiction how-to or a novel. Yes, the time from manuscript-to-market is condensing, but it’s still a sustained effort, and you can’t afford to run out of steam halfway through unless you have lots of time and energy to waste. To say nothing of the pretty much forever-after of sustaining the enthusiasm needed to market your book once it’s published.

So, does this mean you should just ignore what’s going on in the marketplace? Of course not. Anyone who’s manufacturing a product needs to monitor what people are interested in. To do otherwise would be suicide. But you need to know not just what’s happening, but also why, and then you have to stay ahead of that curve. The first parti’s pretty easy.

For example, I saw a tweet today from the awesome Jane Friedman, who shared a USA Today Books piece showing that self-help is beginning to wane in popularity, while fiction — especially erotica — is enjoying a popularity surge. The article does a good job of explaining that what’s hot in reading depends largely on what’s going on in the world at large.

Five years ago, the expansive real estate bubble burst and the stock market crashed in the wake of several high profile scandals at major Wall Street banks. Reality sucked, and it sent people scurrying for the escape mechanism of fiction. Harry Potter books, already popular, zoomed to the top of the bestseller charts, and not just for kids. People sought relief from the reality of our world by escaping into the wondrous worlds created inside the heads of some really good writers.

As things got worse and so many folks lost their jobs, they sought help in finding new work by teaching themselves new skills through the always-popular self help genre.  Now that the market is on its way back up, and people are starting to find work again, the self improvement binge is subsiding somewhat. But with the uncertainty of a very slow economic recovery, the government shutdown debacle, and the ever-present threat of terrorism, fictional worlds continue to beckon with their promise of a vacation from the everyday woes of our all-too-real world, however brief. I know my own reading tends to swerve off into thrillers when I’m going through a lot of stress. I remember one job where I couldn’t wait for lunch hour, so I could escape into the adrenaline-fueled adventure of a Ken Follett political intrigue novel.

It all makes perfect sense, and it’s not without precedent. What people read generally does mirror the larger societal zeitgeist of any given time. Charles Dickens became the social conscience of Victorian England’s industrial age in response to his own brutal boyhood after losing his father to debtor’s prison. His stories, and the fantastic tales contained in serialized “penny dreadfuls” sold on the streets provided affordable, serialized escape for those who otherwise felt beaten down by the dehumanizing aspects of factory and piecework. Orson Welles’ “War of the Worlds” was written in response to the underlying fear of the unknown resulting from mankind’s early ideas about outer space. It found its perfect expression as a radio broadcast that mesmerized and horrified Americans already nervous about the rise of Fascism in Europe and anxious about the possibility of invasion from abroad.

So, if you want to take advantage of trends in a way that might actually help make your next book a success, don’t look to what’s happening right now. Instead, read widely about topics such as politics, economics and foreign policy to try to divine what’s coming down the pike in national and world events. If you can capture the spirit of a time and write either nonficiton that helps people feel like they’re gaining some control over their lives, or fiction that helps them escape the unavoidable, you’ll probably do pretty well.

For the res of us, however, who lack such ability to foretell the future, the best approach remains what it has always been: Find your passion, immerse yourself in the subject, learn something new and valuable, then share it with an audience just waiting for such wisdom. It works in both fiction and nonfiction. Always has, and I daresay always will. 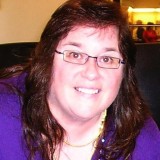 Mary Shafer, The Indie Navigator, is an award-winning author, freelance journalist, commercial copywriter, marketing consultant, indie publisher and professional speaker
who shares what she learned the hard way with other authors and indie publishers, so they don’t have to make the same mistakes.

This site uses Akismet to reduce spam. Learn how your comment data is processed.